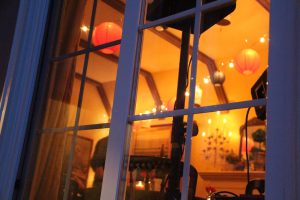 What’s better on a cold winter’s night than a nightclub in your own living room?  We transformed a local couple’s living room into a swanky nightclub with a Japanese theme.  Sushi and a martini bar kept everyone happy, and then Kris Delmhorst & Charlie Rose absolutely mesmerized the crowd.  My very good friend Nancy Kho of Midlife Mixtape put it quite well in her blog the following Monday morning:

A Brooklyn-born folk singer/songwriter now residing in Western Mass, Delmhorst was accompanied by the delightful Charlie Rose (no, not that Charlie Rose) on slide guitar, acoustic guitar, and if that wasn’t enough, banjo. She has a rich, versatile voice perfectly suited for folk music, and a modern sensibility and humor that stretches her appeal. A woman who followed up her introspective 2008 solo album, Shotgun Singer, with an album of acoustic covers of Cars songs (Cars, 2011,) Delmhorst isn’t afraid of a little experimentation.

Some photos to give you a sense of how totally cool a house concert can be! 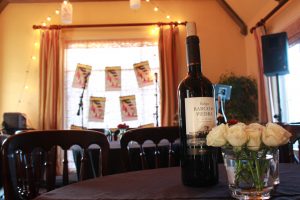 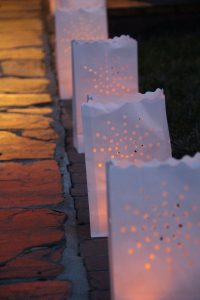 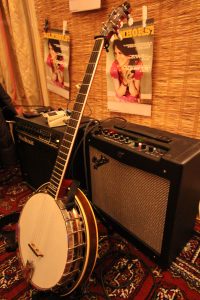 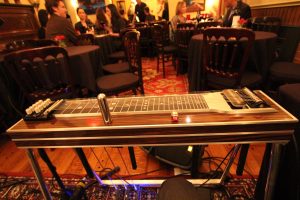 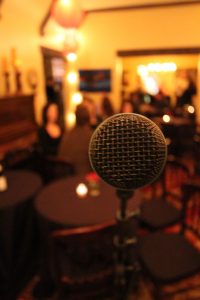 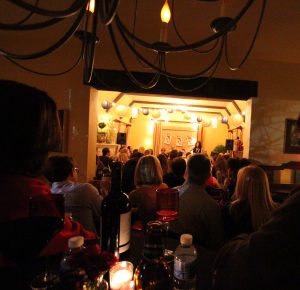 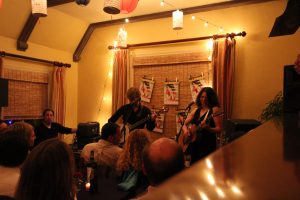 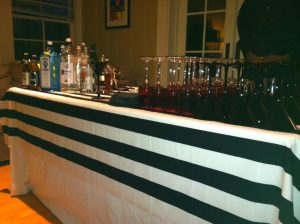 Great friends, Kris and Charlie rocked the house, another night to remember!